Ankylosing spondylitis is an inflammatory disease, can cause some of the small bones in your spine (vertebrae) to fuse. This fusing makes the spine less flexible and can result in a hunched-forward posture. If ribs are affected, it can be difficult to breathe deeply.

Ankylosing spondylitis affects men more often than women. Signs and symptoms typically begin in early adulthood. Inflammation also can occur in other parts of your body — most commonly, your eyes. There is no cure for ankylosing spondylitis, but treatments can lessen your symptoms and possibly slow progression of the disease.

Early signs and symptoms of ankylosing spondylitis might include pain and stiffness in your lower back and hips, especially in the morning and after periods of inactivity. Neck pain and fatigue also are common. Over time, symptoms might worsen, improve or stop at irregular intervals.

The joints most commonly affected are:

The joint between the base of your spine and your pelvis

Here are no specific lab tests to identify ankylosing spondylitis. Certain blood tests can check for markers of inflammation, but inflammation can be caused by many different health problems.

Physical therapy is an important part of treatment and can provide a number of benefits, from pain relief to improved strength and flexibility. A physical therapist can design specific exercises for your needs. 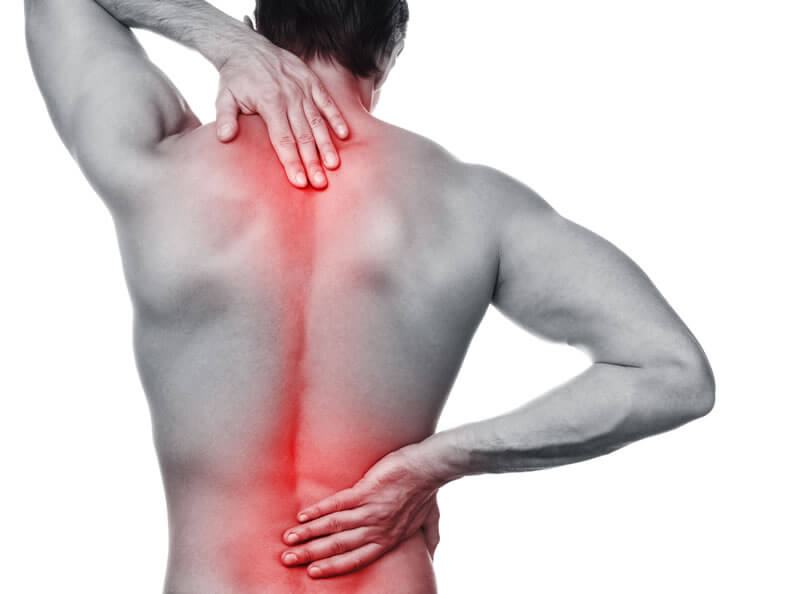